This week, Dylan High will be discussing the positive role museums can play in the life of teens, especially as it relates to youth’s exploration of  racial, cultural, or ethnic identities. He highlights 3 fantastic programs taking place at 3 different museums in the U.S. This blogpost is based on research he conducted for his Masters in Museology at the University of Washington. You can find and read his full thesis paper here.

Catering to a teen audience has often been a challenge for museums. Over the past two decades, an increasing number of museums have developed programs and experiences that target a teen audience. However, the particular set of developmental needs that adolescents bring to the museum experience has left many of us stumped. What is it that teens are looking for in museums, and what can they gain from their visit?

Teens are at an age where they are trying to determine who they are and what their place is in the world. They’re testing the waters, forming a unique identity for themselves (which might look like pink hair, suspenders, and a Captain Beefheart t-shirt). It is the stage of a person’s life that Erik Erikson aptly refers to as an “identity crisis,” when youth and young adults are actively searching for a community that both understands them and helps them understand themselves.

In response, many museums have developed programs to help teens find community surrounding an academic discipline, pointing them towards a career path. Interested in science? Join a teen program at a science museum. Are you an artist? Getting involved in an art museum may give you direction for pursuing these interests after you graduate.

But some museums have begun to take a different approach to teen programs. Some are focusing on race, culture, and ethnicity, giving youth a new look at how they fit into their community outside of their academic interests. During my last year of graduate school, I worked with several of the U.S. teen programs that get youth involved in thinking about their cultural background, what it means to them, and why it matters.

How we fit into an ethnic community is a tricky subject to tackle at any age. These programs have taken up the issue regardless, providing a foundation for youth to develop a sense of self that goes beyond what they want to do as a job and focusing on how they fit into their community. Several such programs have a National Arts and Humanities Youth Program Award (formerly the Coming Up Taller Award). The YouthCAN program at The Wing Luke Museum of the Asian Pacific American Experience (The Wing) in Seattle, WA serves primarily Asian/Pacific Islander high school students, using art to address issues facing the Asian Pacific Islander community. At the Arab American National Museum in Dearborn, MI, the SURA Arts Academy teaches middle school students about digital photography, focusing their creative energy on documenting the large Arab American population around them. In Anchorage, AK, high school students involved in the Alaska Native Heritage Center’s High School Program have an opportunity to take classes in Alaska Native dance, art, or games, involving students in the cultural traditions that they may or may not have grown up with. 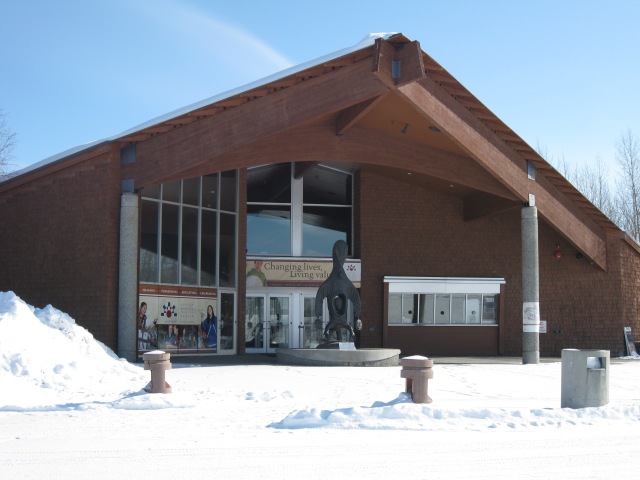 After observing these programs and talking with both facilitators and participants, I began to see the way these programs play a role in helping teens explore the meaning and significance of their ethnicity. Rather than just identifying as Asian American (a clumsy grouping of many different Asian and Pacific Island cultures that have taken root in the US), the teens in the YouthCAN program began to think about the complexity of their identity, self-identifying in ways that represent their own unique roots: Chinese American, American Chinese, Chinese American from Hong Kong. At the Arab American National Museum, the SURA Arts Academy offered middle school students a fresh perspective on their community. Looking through the lens of a camera, these students began to see what was unique about their roots in the Arab American community, as well as helping them to understand how it fits into the community of the broader metro Detroit and American society as a whole.

These museum programs also help teens find their place in their respective ethnic communities, giving them an opportunity to participate in their cultural traditions. At the Alaska Native Heritage Center, many of the students who took classes through the High School Program had the opportunity to learn and perform dances from several Alaska Native groups or practice the Native Youth Olympics (NYO) games to take part in the NYO Games Alaska. Many of the students became more involved in their communities’ cultural traditions outside of the program, such as joining dance groups at school or through other communities organizations.

The institutions that host these teen programs act as an access point for youth to develop relationships with people in their respective ethnic communities, such as museum employees, Elders, or other community leaders. These relationships can offer teens support that goes beyond their career aspirations, making them feel like a valued member of their community.

Teen programs in museums offer youth more than a mere resume boost and a path towards a career. But until we begin to recognize the ways in which these programs impact teens and make a conscious effort to maximize this impact, we can only expect haphazard results. Once we can accomplish this, we can help teens to unlock their full potential, as well as help the museum unlock its own.

Dylan High is a recent graduate from the University of Washington’s Museology Graduate Program. He works at the Burke Museum of Natural History and Culture, as well as the Nordic Heritage Museum, where he started the Nordic Heritage Teen Council. His master’s thesis on ethnic identity development and teen programs received the University of Washington’s Distinguished Thesis Award.